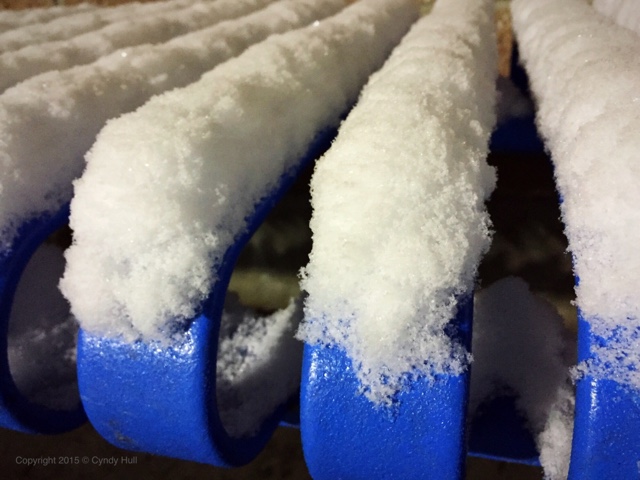 See the snowless scenes we're enjoying at JourneysWithGod.com .
Posted by Cyndy at 04:30 No comments:

Snow - But Where? - Missoula, Montana 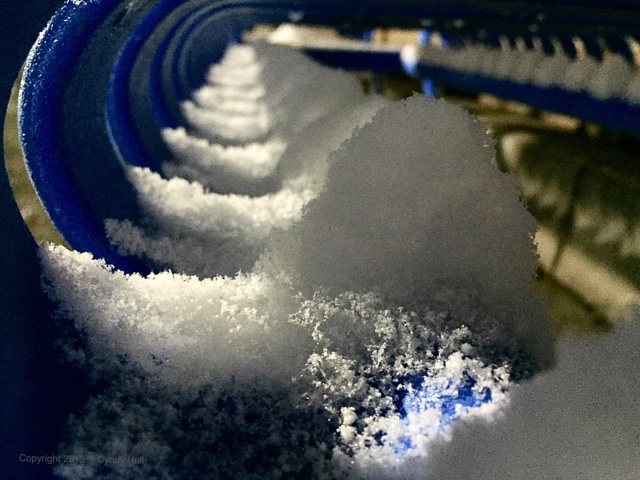 A 3-day 'guess what/where' series, buoyed by line and colour.

(The where of me
is hopefully
Sri Lanka for all three
of these days... Follow our trip at JourneysWithGod.com .)
Posted by Cyndy at 04:30 No comments: 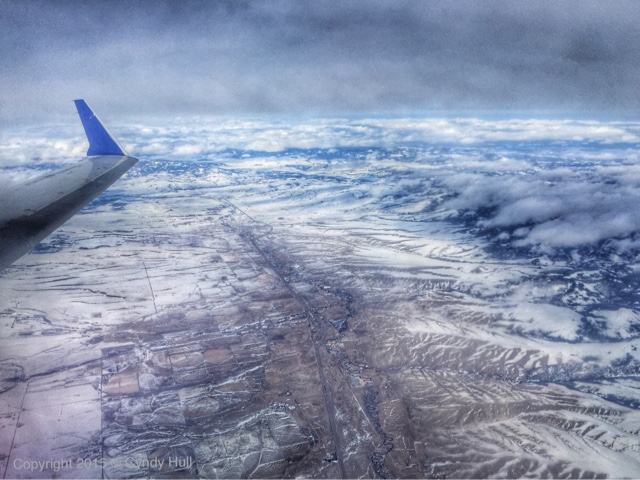 Zoom in to the intricately winding waterway to the right of the highway in the lower middle of the photo.

And see how far we've finally meandered to at JourneysWithGod.com

(P.S. A big thanks to John at Meadows Fellowship for the  Snapseed recommend. I mean, who doesn't need a Drama filter?! I'm already mildly addicted.)
Posted by Cyndy at 04:30 No comments: 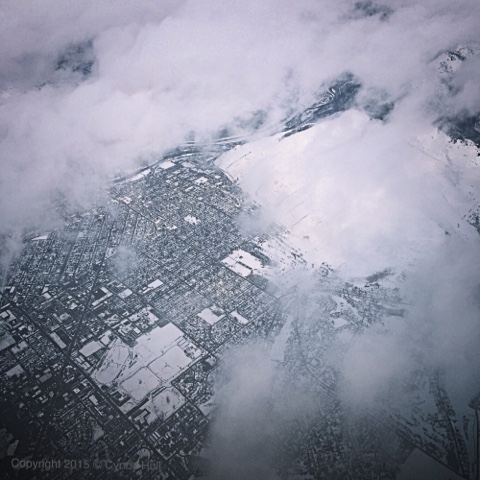 (How, you may ask, does my post title so confidently assert this cloud-havered town is Missoula? Easy enough: what other Montana metropolis features random insets of crazy angle-street blocks?)

I rather like flying (aside from seat 31F being four rows from the back of the plane AKA too close to the restroom - ew!). I still get a bit giddy at the acceleration into take off, and I sometimes (quietly) say 'wheee!' at the uplift moment of wheels off the ground.

As kids, our dad took us up in his small plane, a two-seater Aercoupe during my early, impressionable years. I was mesmerized by the view below of tiny cars and tiny farmhouses and tiny horses in the tiny field that I knew took me a really long time to trudge across.
Apparently, my brother also felt this Lilliputian pull. Per family lore, Mum noticed his wee self heading across the front pasture at a good clip, and barely intercept ed him with a hollered, "Where are you going?"
He confidently flung over his shoulder, "To Tiny Town!", and kept moving toward his goal. I think he had a couple Hot Wheels cars in his pocket for cruising with the Tiny Town folk. To his credit, he was at least headed in the right direction.

See where we're headed in the real world at JourneysWithGod.com . 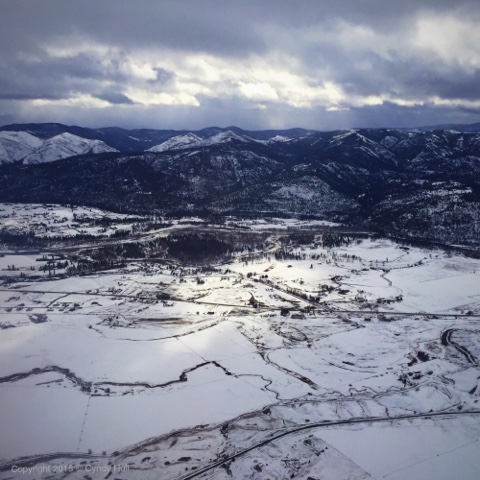 After seemingly endless grey days, the sun broke through in patches as we banked over Missoula, Montana.

This post made possible by the magic of the Internet, that facilitates blog posts no matter where in the world you are! (Yes, I know it's commonplace, but still amazing, especially to those of us who many moons ago experienced telephone access via a party line, which was interesting, but not quite as fun as the name implies.)

Today I'm somewhere between San Francisco and Sri Lanka - but my heart's in Montana, with The Best Husband Ever. (Admit it - you just said 'Aawwww!' It's okay - the sap was flowing so strongly you just couldn't help yourself.)

Follow our journey at JourneysWithGod.com .
Posted by Cyndy at 04:30 No comments: 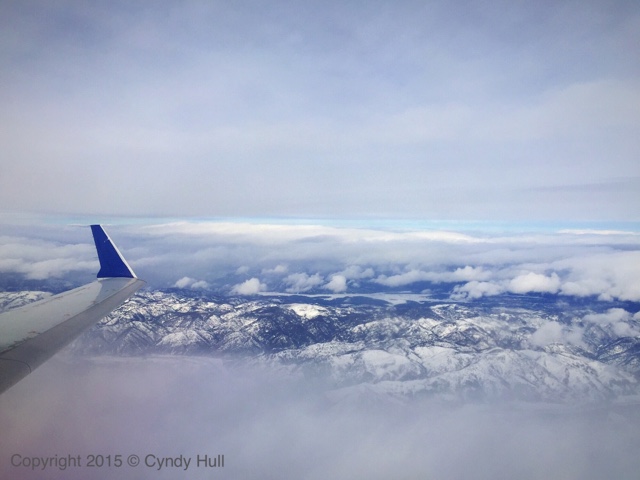 Well, obviously, the aerial views have turned into a series which I didn't anticipate. Missoula's had overcast skies for so long, I'd expected to pop up through the cloud layer and view the top of it on our way out of Montana. Instead, I was delighted by glimpses of Montana's mountain ranges, towns, and winding rivers and roadways. So I'm running with that little bliss. (So much bliss that I was barely annoyed at the pseudo-Winglet in my window view; thankfully, my next United leg featured the new-ish Split Scimitar Winglet.)

Wing over to my continuing travels at JourneysWithGod.com
Posted by Cyndy at 04:30 2 comments: